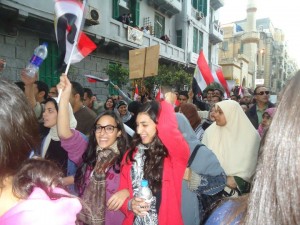 
All of these pieces were done by student reporters, most of them in Egypt. You can help us continue this extraordinary coverage by donating to Youth Journalism International, which offers its training to students for free. Please click on the Causecast link to the right or go to the Donate page on www.YouthJournalism.org.