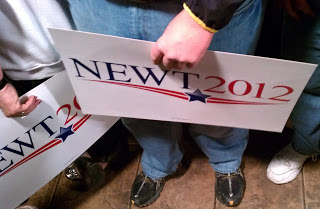 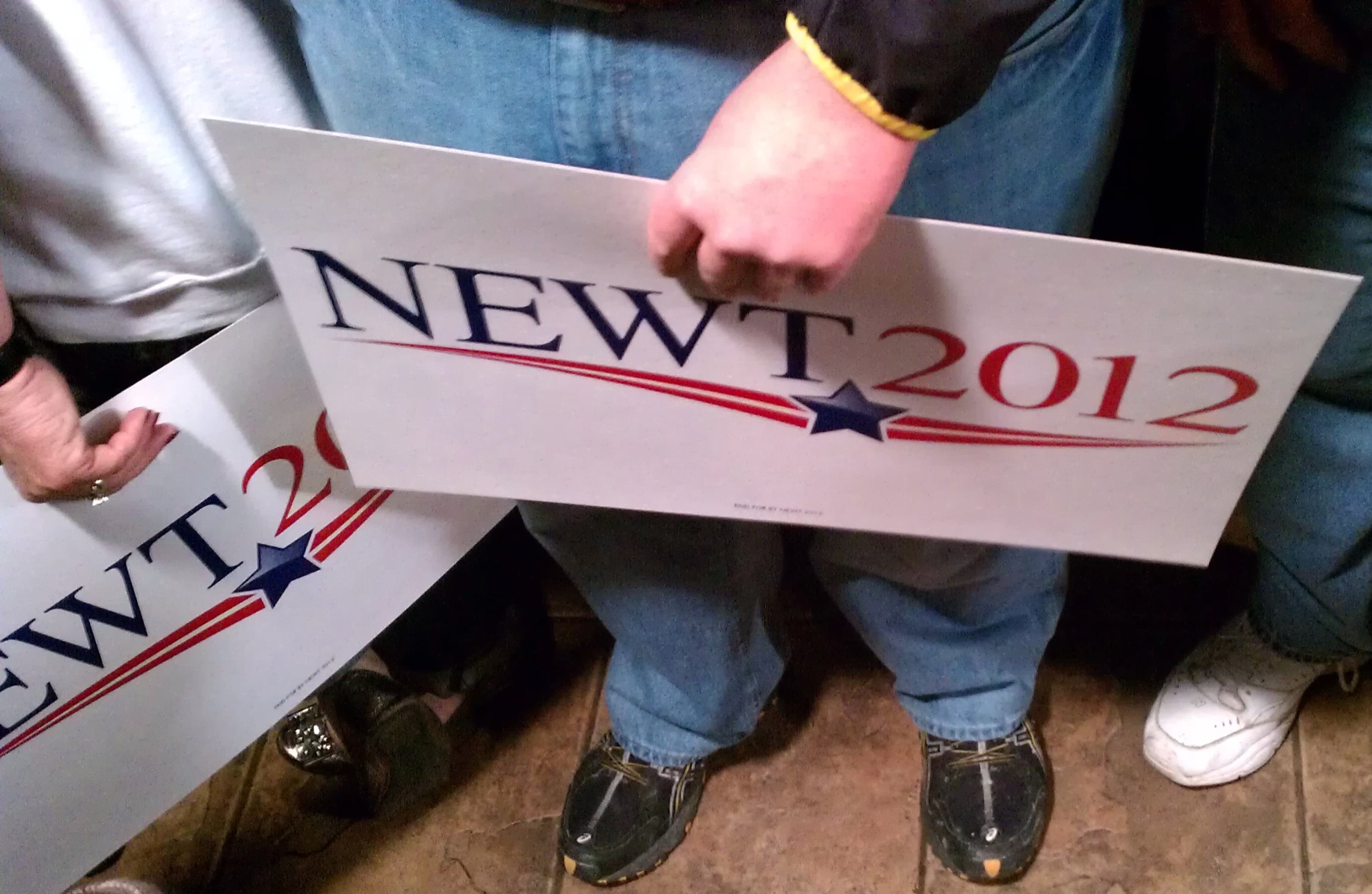 WATERLOO,
Iowa, U.S.A. — Two days before Iowa Republicans gather to caucus, hundreds of people
crowded a small Waterloo restaurant to hear former House Speaker Newt Gingrich
give his campaign pitch.
“We
are in real trouble in this country,” said Gingrich, one of seven high profile
Republicans vying for the party’s nomination to battle U.S. President Barack
Obama, who is seeking a second term.
The
Iowa Caucuses, which will be held throughout this Midwestern state on Tuesday,
are the first time voters select a favorite. But their unusual structure, which
demands that voters gather as a group to hear pitches from candidates or their representatives before casting ballots, differs vastly from a primary, where individual voters each cast a ballot at a polling place.
Iowa
is important because it offers the first test of a candidate’s strength.
Candidates who perform well here are taken more seriously as the race
progresses, while those who compete and fail face an uphill battle if they
remain in the race.
After
the caucuses, voters in other states will make their picks until the party
convention this summer, when a nominee is declared.
Gingrich
said that his candidacy was different than those of other presidential aspirants
because he was “the only candidate” who has twice reformed the Washington
system, once in the ‘80s with former President Ronald Reagan and once with his
Contract with America in the 1994 election.
And
now Washington needs fixing again, said Gingrich. He said Congress needs to get
its act together and stop “bickering.”
Gingrich
looked confident despite trailing in the polls to Romney and Texas Congressman
Ron Paul. He said 40 percent of all ads run this year have been attacks against
him, and urged caucusgoers to reject the negative advertising and “punish”
those responsible.
“As
you know, I said from the very beginning we would run a positive campaign,”
said Gingrich. Regarding a particular claim about his position on cap-and-trade
by the campaign of former Massachusetts Gov. Mitt Romney, Gingrich said
“Romney’s people know it’s false,” and that he was angry with the Romney
campaign.
Gingrich
spoke to a crowd of at least 250 people jammed into LJ’s Neighborhood Bar &
Grill late Sunday afternoon.
He
vowed to abolish “Obamacare,” the new national health care reform law, as well
as the Dodd-Frank  financial reform law,
but promised to work with members of both parties to get things done.
“You
have to think about the country more than the party,” he said, adding that he
“negotiated endlessly” with Democratic President Bill Clinton when he served as
the leader of the U.S. House of Representatives.
If
elected President, Gingrich said, he might select John Bolton, a former United
Nations ambassador, as secretary of state, Indiana Gov. Mitch Daniels as
secretary of the U.S. Department of Health and Human Services and Steve Forbes
as treasury secretary. He said he’d like an annual audit of the Federal Reserve
and that he would work to change the United Nations.
“I’d
be very aggressive about taking on the corruption in the U.N.,” said Gingrich,
adding that he wouldn’t hesitate to look for an alternative body to bring
democracies together.
LJ’s
was packed with Iowans, some with their hearts set on Gingrich, others still
making up their mind.
Cassandra
McCurdy, 16, of Cedar Falls, Iowa, works as a hostess at the restaurant. She
said a lot of people were there just to see Gingrich, the only candidate to
visit LJ’s.
“I
think it’s pretty cool,” said McCurdy, a junior at Cedar Falls High School.
Seventeen-year
old Adam Salutric of Denver, Iowa said he hadn’t picked a favorite candidate
yet.
“I
like Ron Paul because he cuts the spending,” said Salutric, a senior at Denver
High School who will be old enough to vote in the general election in November
but won’t be at the caucus because of school commitments.
“I
like the national defense that he talks about, with bringing home the soldiers
and beefing up the border.”
He’s
still undecided, however, and was planning on seeing Paul the next day at an
event in Cedar Falls.
“Paul
has to win Iowa to have a chance,” said Salutric. “I think it’s the most
important caucus.”
Salutric
has another reason for seeing the candidates. He stood in a long line of people
waiting to speak individually with Gingrich and pose for pictures with the
candidate and his wife.
But
the teen said, “I don’t want a picture.” Instead, he collects signed baseballs,
both from professional players and from politicians.
Salutric
came away from the Gingrich event with a signed ball, which enlarges his 2012
GOP collection to two: Texas Gov. Rick Perry signed a ball for Salutric last
year.
All photos by Kiernan Majerus-Collins for YouthJournalism.org. 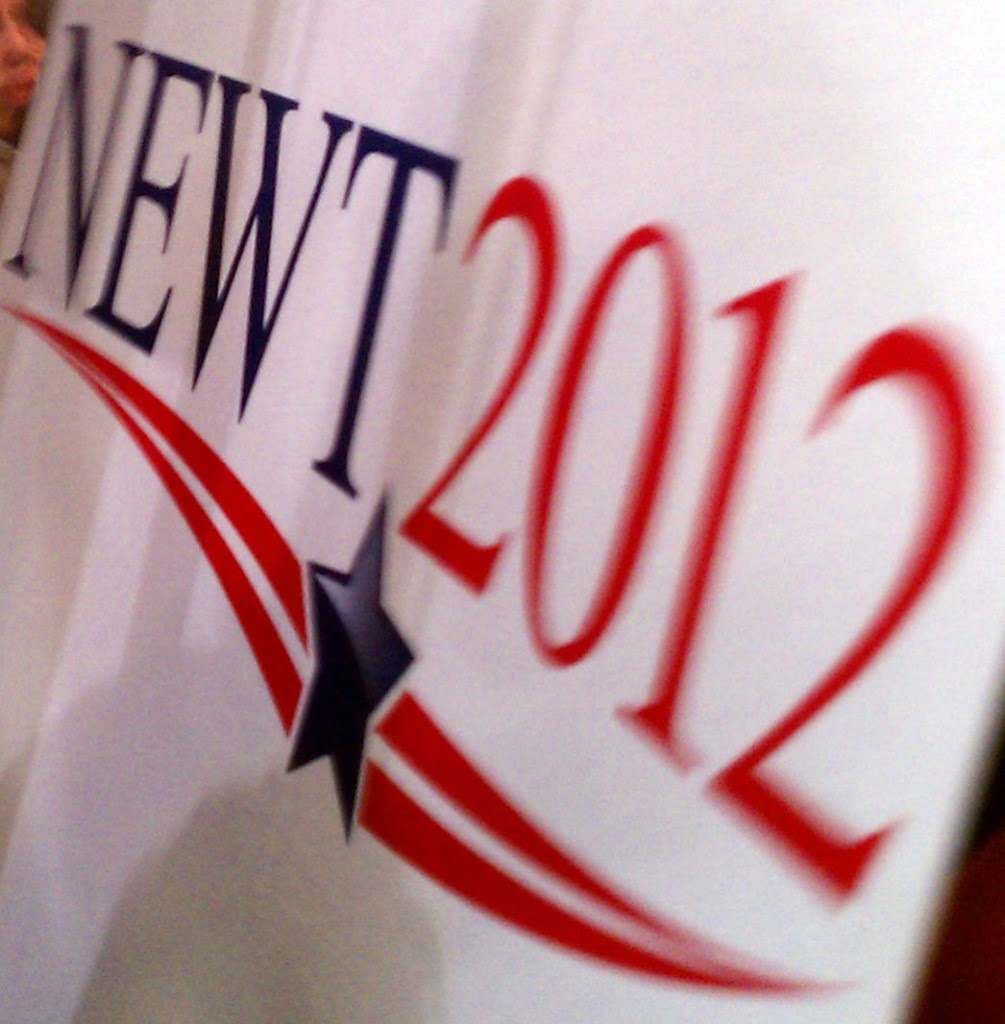