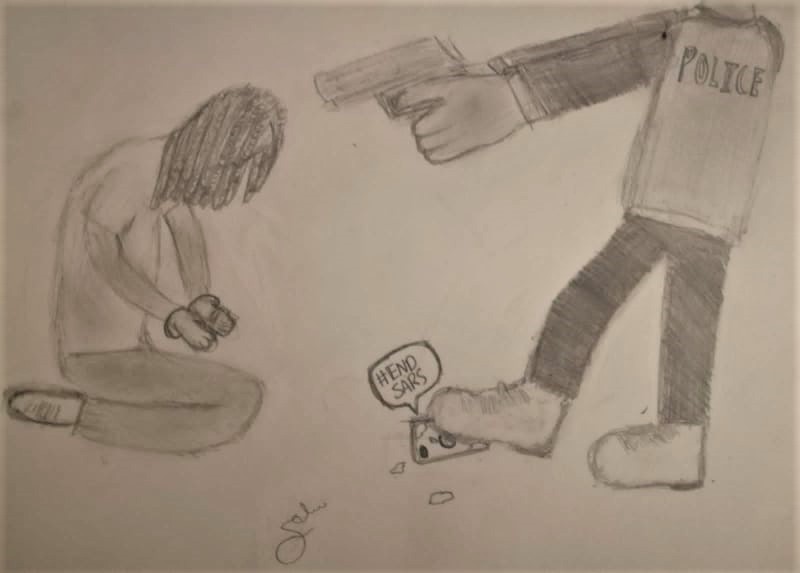 What did the sound of gun actually feel like? How did bullets move in a linear motion to penetrate into human skin?

Nigerian writers of yore created the picture of the 1967 Nigeran-Biafra civil war in their stories and novels.

I’m certain Dad had no plans of meeting my mum or having me when the war broke out.

Those books gave me a glimpse of what war was like. The feeling of running to safety. The tension. Bodies dropping dead and piling up.

Action movies also created a picture of what war actually felt like, the way lives were wasted by just pulling the trigger.

This year, October 20th shattered my spirit. That day the authority sworn to protect Nigerian youths massacred them in Lagos when they shot at people protesting police brutality.

The massacre spurred a rampage among some Nigerian youth, causing mayhem in different states.

In that rampage, I heard the sound of a gunshot for the first time in my life.

A real gun shot. An actual gun shot. Sharp. Fearful. Not a gunshot for racers to start running or to identify the new year.

This was a gun shot fired at people, people running towards different positions as fast as their legs could carry them to take cover. It gave me goose bumps.

What will an actual war give me?

I saw a different Nigeria born of the youth in the END-SARS protest, a Nigeria where we came together despite our ethnic and religious differences to tackle a problem.

There’s a lot of restructuring to be done in Nigeria from the pulpit down to the pew.

And while I await that moment, I pray that peace reigns in Nigeria.

Chinalurumogu Eze is a Reporter with Youth Journalism International. She wrote this commentary.

Salma Amrou is a Senior Illustrator and Reporter with Youth Journalism International. She made the illustration.