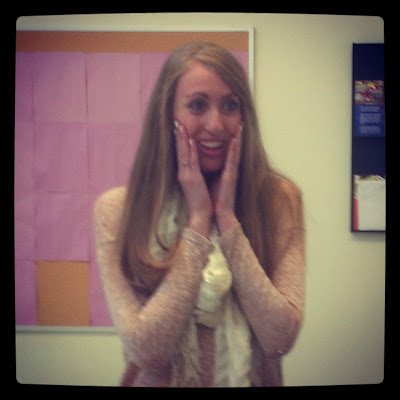 HARTFORD, Conn., U.S.A. – An “attitude
of gratitude” won a 17-year-old Hartford girl two tickets to her dream concert –
a performance by the hot British boy band One Direction next week at Mohegan
Sun.
Simone Tucker won Youth Journalism
International’s essay contest Wednesday, capturing the coveted tickets in a fierce
competition that drew about 400 entries from devoted young fans in 18 states,
Canada and even Argentina.

“There were so many wonderful entries
that it was difficult to choose one winner, but Simone impressed the judges
with her heartfelt and well written essay,” said Jackie Majerus, Executive
Director of Youth Journalism International.
In her writing, Tucker, the only child
of a single mother, addressed her family’s economic struggles, saying it is “quite
difficult” to afford luxuries like concert tickets. Tucker also expressed appreciation
to Youth Journalism International for offering her and others “the opportunity to
just try to win” tickets they could never buy.
Steve Collins, board president at Youth
Journalism International, said the educational non-profit organization is
grateful to the Mohegan Tribe for its generous gift of luxury skybox tickets.
The Connecticut-based Youth Journalism
International is selling the tickets in support of its work with young writers,
artists and photographers around the globe.
“It’s not too late for One Direction
fans who want to see the show,” said Collins. “We still have some tickets
available.”
Danielle Ouimet, a YJI alum and
Ambassador, helped judge the contest. She said Tucker’s “honest and realness
came through” in her essay.
“What
impressed me about Simone’s essay was that she didn’t try too hard,” said
Ouimet, who is also an avid One Direction fan. “It was easy to see she was a
genuine fan who would appreciate the experience.”
Tucker, a senior at the Greater Hartford
Academy of the Arts, loves music. In addition to describing herself as a “huge”
fan of One Direction, she is a classical pianist who hopes to study music at the
Hartt School at the University of Hartford next year.
“This is crazy,” she said, after
classmates cheered her victory in a school assembly Wednesday. “This is too
much.”
Youth Journalism International published
Tucker’s essay on its website, www.youthjournalism.org,
and on its blog, www.yjiblog.org.
Information about One Direction tickets is posted on both sites.
As part of the prize, Tucker will be
Youth Journalism International’s official reviewer for the One Direction show
next week.
For more information about Youth Journalism
International or for One Direction tickets, contact YJI’s executive director,
Jackie Majerus, at (860) 523-9632 or (860) 655-8188 or write to tickets@youthjournalism.org.