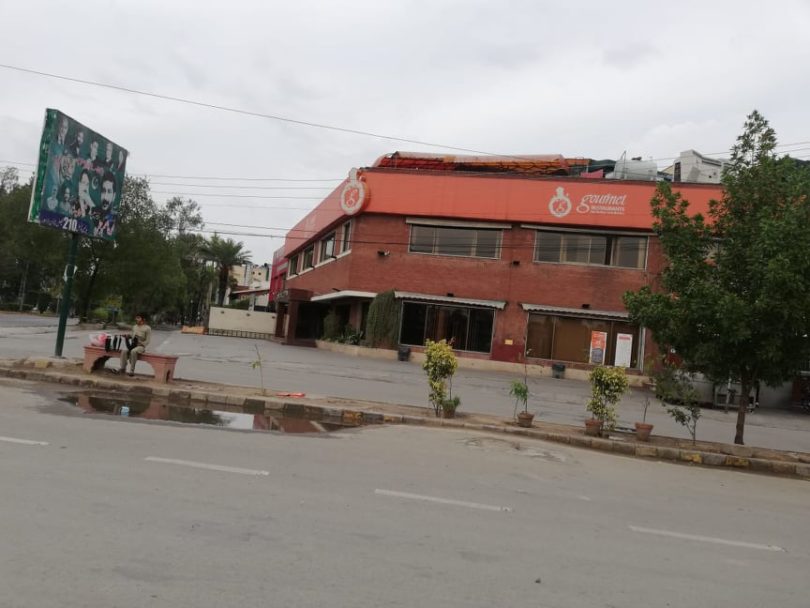 A popular restaurant on a typically busy street in Faisal Town, Lahore, Pakistan, is closed because of the coronavirus. (Irha Nadeem/YJI)

Lahore, PAKISTAN – Ever since coronavirus struck China late last year, the virus has spread to most countries in the world, killing many thousands of people and sickening even more.

While China is on its way to recovering from this disease, almost all other countries are still affected by it, with Europe, and Italy especially, being the current epicenter of this plight.

When a developed region such as Europe – with advanced healthcare facilities for its citizens – has been unable to control the disease, it only means greater problems for developing countries. And this is exactly the case with covid-19 in Pakistan.

Pakistan’s leaders have been unable to make any proper arrangements to combat this disease. The country already lacks sufficient hospitals and medical staff and the government has not taken any precautionary measures.

The disease spread here after Pakistani pilgrims who had traveled to holy sites in Iran came home to Pakistan and the government here was unable to cope with the inflow.

A quarantine was established in a hurry, but it news reports indicated it lacked proper facilities to cater the people’s needs. Located in the remote province of Balochistan, this quarantine lacked medical staff and facilities to diagnose the people with covid-19. 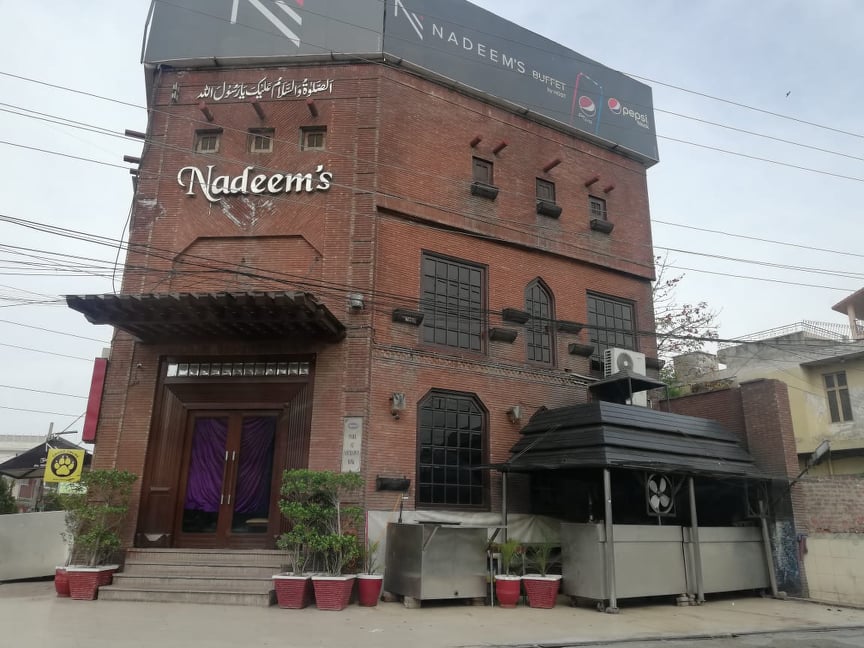 Though this restaurant on a busy road in Faisal Town in Lahore, Pakistan is typically bustling, it is now closed because of the cornonavirus. (Irha Nadeem/YJI)

As a result, when the people went back to their areas, many of them carried the virus back home. That is part of the reason why many hundreds of people have been diagnosed in just a few weeks.

The government has still not taken any firm steps to ensure that people maintain a social distance from each other. While the opposition parties are demanding a lockdown, the government still seems unsure about such measures.

Pakistani news coverage showed that airports have adopted no preventive or diagnostic measures.

The blame, however, is not to be put only on the government. The citizens of Pakistan are also largely unaware of the consequences and do not realize the severity of situation.

Television news coverage shows that festivals are still being held in Balochistan province and the markets in many cities can still be seen teeming with people.

Pakistanis are refusing to stay in quarantine and in one case, a person diagnosed with covid-19 managed to get out of an airport through bribery.

People all around the world, especially in South Asian countries, must understand the need of the hour and follow the guidelines issued by World Health Organization. A lack of compliance will only increase this pandemic and result in unimaginable consequences.

Irha Nadeem is a Senior Reporter with Youth Journalism International.