ALEXANDRIA, Egypt – As people all over the world rang in the New Year to music and celebrations, my city rang it in to screaming and a terrible explosion.
About 12:20 a.m., just as Egypt’s Christians were exiting a midnight Mass at The Saints Church, a famous Alexandrian Coptic church, a bomb exploded, killing 21 people and injuring more than 90.
The peaceful city of Alexandria is not acquainted to this kind of violence and chaos, especially between Christians and Muslims.
Egypt doesn’t always enforce human right laws and there is much to criticize about its current state, but the one thing we are truly proud of is the relationship we have between Christians and Muslims. 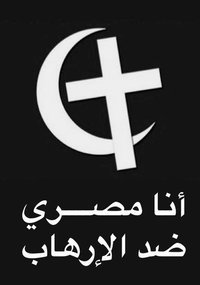 Although there are occasional conflicts and a few cases of extreme intolerance as there would be in any society, we have established a united family that does not know how to oppress a different religion.
The Egyptian Copts make up 10 percent of Egypt’s 80 million people.
We live side by side, go to school together and work together.
When one part of your body is hurt, the whole body is in pain. This is the general feeling of my city today.
I went out to find that cafes and malls are almost completely empty. People are avoiding big gatherings and are mostly not in the emotional state of going out to have any fun.
Among the people who died were eight Muslims, including the Muslim security guard at the church.
An event like this, even if not done by any local Muslims, shakes the state of harmony in Egypt.
Talking to people today, I’ve realized that many are choosing not to believe what some of the news reports were saying concerning who is to blame.
Although a branch of Al Qaeda claimed responsibility for the attack, some are not convinced.
Al Qaeda had previously made threats against the Coptic Church when two women, Chehata and Wafa Constantine, the wives of Coptic priests, converted to Islam. This caused a stir in Egypt when the church refused their conversion and forced them to return to the church.
Some Egyptians simply believe this was a scam by Israel to distract Egypt as it continues to build settlements.
Shock, anger, unrest and solidarity are what the people of Alexandria are feeling at this moment.
Youth are doing what they can, from spreading the word on their blogs to changing their Facebook profile pictures.
On many Egyptian Facebook pages, there is now a black and white picture of a cross and a crescent together along with a message that reads, “I am Egyptian and I am against terrorism.”
There are also movements encouraging Muslims to donate blood and attend Mass on January 7, which is Coptic Christmas.
What is so ironic about this event is that this Coptic church is directly in front of a mosque.
Pictures show a minaret standing tall across from a proud cross. This street was coexistence in its purest form.
I refuse to think that this event will go by silently.
Egyptian people are known for their love of laughter and making jokes constantly, but when they grieve, they grieve greatly.
My condolences go to the loved ones of all those who died and my prayers go out for those who are injured.
Alexandria, the pearl of the Mediterranean, will forever be a home for tolerance and its youth will make our voice heard.
That is how we are starting the New Year.

Jessica Elsayed is a Reporter for Youth Journalism International.