Lexington, Massachusetts, U.S.A. – Director Alfonso Cuarón’s autobiographical film “Roma” is a diverse and vivid masterpiece, portraying Mexico’s indigenous women through multi-dimensional narrative. And the Best Picture-nominated film is dedicated to Cuarón’s childhood nanny, a Mixtec woman who raised the director since he was nine months old.

Despite being shot completely in black and white, the societal and familial dynamic that the film captures is more colorful and representative than most Hollywood productions.

Through “Roma,” Cuarón curates a beautiful and cruel world in which he offers amends to the privileges of his childhood and immortalizes the memory of his nanny. In doing so, Cuarón and Cleodegaria “Cleo” Gutiérrez (Yalitza Aparicio) carve out space in Hollywood features for indigenous Mexican women.

A nod to Cuarón’s own childhood neighborhood in Mexico City, the film takes place in Colonia Roma, which is lined with gated homes and automobiles of middle-upper class families. But when the camera pans to the skyline, the audience can see clotheslines and the homemakers who hang laundry on the rooftops.

Through these subtle details, the film does a masterful job at depicting the complex racial and socioeconomic relationships between indigenous maids and the families they care for.

The film’s heroine, Cleo, is a maid who helps raise her employer’s four children. While the story exchanges an archetypical Hollywood storyline for a more nuanced narrative, conflicts still present: the family learns that the father is abandoning them, and Cleo discovers that she is pregnant with the child of her ex-boyfriend.

In the backdrop of these private discords, the audience also observes broad political struggles of 1970s Mexico that pull them out of the insulated microcosm of the family’s affairs. And when Cleo’s two worlds – the household and Mexico’s political backdrop – finally converge, it ends in an intense tragedy that seems to shatter both.

What makes the film unique, though, is that it wholeheartedly draws its audience closer into the lives of its characters, even without constant dialogue. In fact, the film’s protagonist is ostensibly silent. The chattering and conversation of the children and background sounds overshadow Cleo’s voice, and she rarely speaks anyway.

While this choice may speak to the lack of societal input for women of color, it also gives room for the audience to pay closer attention, to enter Cleo’s world.

It is as if Cuarón intends for viewers to step into the movie itself. When Cleo does laundry on the rooftop of her home, viewers can experience every sound at the moment: crackling music from the 1970s radio, water sloshing and the distant voices of children. The background noises engulf the audience in a nostalgia they may have not experienced, but innately understand.

The impact of audiovisual effects reaches its climax when the family takes a trip to the beach in an effort to offer the children and Cleo consolation for the couple’s separation and her grief. When two of the children drift away from the shoreline, Cleo dives in after them – despite not being able to swim.

At this moment, the audience is not only drawn in, but suffocated. Nothing is clearly visible – only the waves, the sky, and three heads occasionally bobbing up from the water. The camera moves parallel to Cleo as she paddles deep against the waves, alluding to an inevitable tragedy.
And at the same time, all the audience can hear is the overwhelming sound of waves.

The scene is excruciating. As the merciless waves continuously push Cleo and the children apart, the audience is immured in the short moment that seems much longer than it is. But seeing Cleo’s determination to save the children restores hope, not just in the fragility and beauty of humanity, but the value of life itself – no matter how small it may seem. 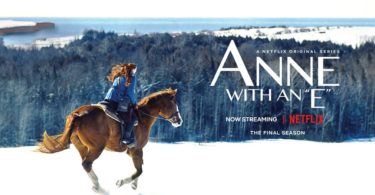 Yunkyo Kim is a Reporter with Youth Journalism International from Lexington, Massachusetts, U.S.A.