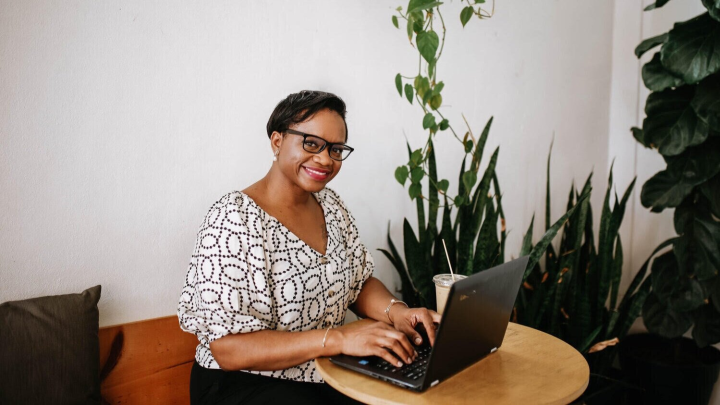 Aisha Thomas works as an organizational trainer and leadership consultant, working tirelessly to help others be their best, most confident selves. Almost two decades ago, she was in dire need of help – a victim of sexual assault multiple times throughout her life.

From her brightly lit home in the Washington, DC metropolitan area, Thomas, 37, is a successful business owner and leader. She fills her days working and spending time with her family. Still, flashbacks from her assault years ago plague her, the scarring experiences still burrowed in her memories.

Born and raised in Freetown, Sierra Leone, Thomas was six when servants her parents hired to help around the home assaulted her. Several of the men took turns molesting her and forcing her to touch them inappropriately, despite her resistance.

At such a young age, Thomas was unaware that she was experiencing assault.

“From what I recall,” she said, “it became so normalized to me, it was just something that happened regularly. It didn’t occur to me that this was wrong until our nanny caught him in the act and it got back to my parents.”

Thomas watched as one of her assailants was kicked out of her home. The other perpetrator was never discovered, still working in her home until she was 10 and her family moved to the United States.

In her new country, she found herself in an unfamiliar environment. But distance didn’t remove her from the evil of sexual assault. An older, male relative, who was living with the family when they moved, sexually assaulted Thomas when she was 10.

This time, Thomas reported the assault.

“I told my parents,” she said, “and they moved him out of the house because he was living with us.”

But this was not Thomas’ final experience with sexual assault.

As a teenager in high school, Thomas was date raped at 16. She and her friend were on a double date with a pair of older men in their mid-twenties. The man Thomas was with took her into his vehicle, promising to follow her friends back to their home.

“We were all in a group, and at some point at night we separated. He said he wanted to follow them, but he took me to an abandoned construction site and that’s where it happened.”

After brutally raping her, the man dropped Thomas off at her friend’s house and sped away.

That same night, Thomas went to the hospital. She didn’t report the rape until later, with the encouragement of a teacher at her high school.

“Unfortunately,” she said, “the jury found him not guilty.”

Thomas said the whole process of trying to prosecute her assailant was traumatizing – even more so when he wasn’t convicted. The defense attorney presented the rapist as a charming young man.

Thomas said the assailant was portrayed as a good-looking high school football player from a great family. He had a football scholarship, the attorney said.

“He didn’t look [like] what people thought a rapist was,” said Thomas.

It took years for Thomas to recover from her trauma. She didn’t have access to mental health services until much later in life.

“Coming from another country,” she said, “mental health and therapy wasn’t normalized.”

Even after years of therapy and recovery, Thomas still suffers from flashbacks. Her focus remains on protecting herself.

“Everything is about safety. I go with people I feel safe with. I go places where I feel safe,” she said.

Still on her road to healing, Thomas said, “Even now I go to therapy.”

Thomas said we need judicial reform and training to look for warning signs that someone has suffered a sexual assault.

“When you encounter those girls in middle school or high school that seem very promiscuous, people assume she’s fast, or she’s easy,” Thomas said. “But they might have been abused or sexually assaulted at a young age, and that’s what they think love is. They think that’s what they need to do to connect with the opposite sex.”

Young people who have been sexually abused are more likely to experience more sexual assault later in life, according to Thomas.

“People don’t realize this is normal,” Thomas said. “Most sexual assault survivors are more likely to be sexually victimized multiple times. This is normal.”

Supporting survivors and abstaining from pointing fingers and placing blame is paramount, she said. Friends and loved ones should focus on giving the victim what they want and are comfortable with – not what they think is best for the survivor.

Preventing sexual assault comes from education in the home, according to Thomas and teaching consent and healthy touch at a young age can protect a child from ongoing abuse.

“We don’t have to force our children to hug someone or go to someone’s house,” Thomas said.

Now thriving and healthy, Thomas is happy. Despite the horrors of her past, Thomas is a living, breathing example that sexual assault and abuse does not define a person.

She continues to inspire, proving that she can overcome even the worst of experiences.