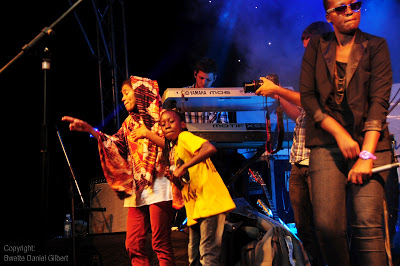 
She’s
a celebrity not only at Makindye Junior School, where she was just voted the
entertainment minister for the second time, but in her community and
nationally, as she is hitting every Ugandan television station.
She
chose her stage name, she said, because her name Vannessa means flower.
Vanessa
lives in the Lukuli zone and Makindye division of  Kampala, the capital city in Uganda.
To
her, Earth Day might be a day where people around the world may discuss things
affecting the Earth, whether it be littering garbage, deforestation or other
worries.
Last
year for Earth Day she said, a journalist friend, Grace Atuhaire, brought trees
for them to plant in the community.


It was fun, she said.
This
year, she wants to use her music to inform her friends and other children about
the dangers of cutting down trees.
They
might also pick up rubbish from the schoolyard if they’re allowed, she said.
In addition, this year, she’s been invited to perform at a special Earth Day event.