BRISTOL, Connecticut, U.S.A. — Bristol schools aren’t putting up with students who cheat anymore. A new anti-cheating policy now in effect gives administrators the power to suspend students who cheat, plagiarize, or otherwise undermine the academic integrity of the Bristol schools.
“We need students to understand that we’ll take a stand on this,” said Deputy Superintendent of Bristol Schools Susan Moreau, who drafted the anti-cheating policy after it was brought to her attention by a Bristol assistant principal that there wasn’t any piece of school doctrine that specifically dealt with cheating.
The Bristol school board approved the new policy in August and it’s now part of the student handbook. 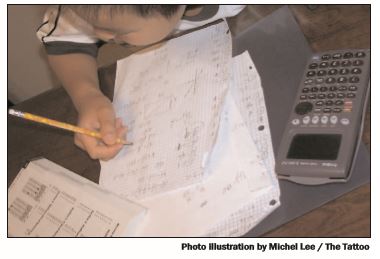 The new policy defines “cheating” as “the use of unacknowledged materials, information, or other tools to accomplish an academic assignment, test or project.”
It also defines “plagiarism” as “the representation of ideas or words as one’s own in any academic exercise,” which can include an improper or lack of a source citation.
When asked why cheating had become more prevalent in today’s schools, Moreau said, “It’s become more commonplace with cell phones.”
Students who cheat can use cell phones to send text messages to each other to ask for answers during quizzes and tests.
The new policy strictly forbids the classroom of cell phones, pagers, Palm Pilots, or any other electronic device that uses wireless communication to send pictures or text without the prior approval of the instructor.
The policy also outlines the possible disciplinary actions that the administrators may take against first and second-offense cheaters.
The consequence “varies from reprimand and parent contact to suspension,” said Moreau. “Obviously if it is someone in kindergarten or grade school we’re going to use it as a learning opportunity. They don’t even really know what cheating is – all they know is that someone else has the answers and they want them.”
But, she added, the students in high school who are using devices such as cell phones to cheat can have penalties as harsh as detention and suspension.
The policy reads: “Consistency of consequences is important in sending a clear message to students that cheating and/or plagiarism will not be tolerated.”
At least some students said they approve of the new policy.
“I think it’s good to have,” said Faraz Abbas, a 14-year-old freshman at Bristol Eastern High School .
While cheating had been happening “since school started,” Abbas said, “it’s just a few people who want to get things done.”
“I’ve never seen really seen anybody cheating,” said 14-year-old Mitchell Harkey, a freshman at Bristol Central High School . But it’s a “good policy,” said Harkey.
“People work hard to do well and if you’re cheating you don’t have to do anything,” said Harkey.
According to Harkey, the administration isn’t being too forward about discussing the new policy with students.
“They basically said if they caught you cheating, they’d rip up your paper and stuff,” said Harkey.
Students must understand that cheating “is unacceptable in the academic setting,” said Moreau.
“We have expectations from them,” said Moreau. 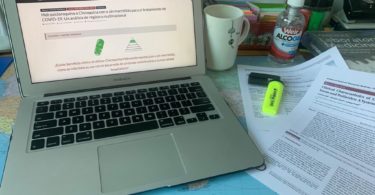