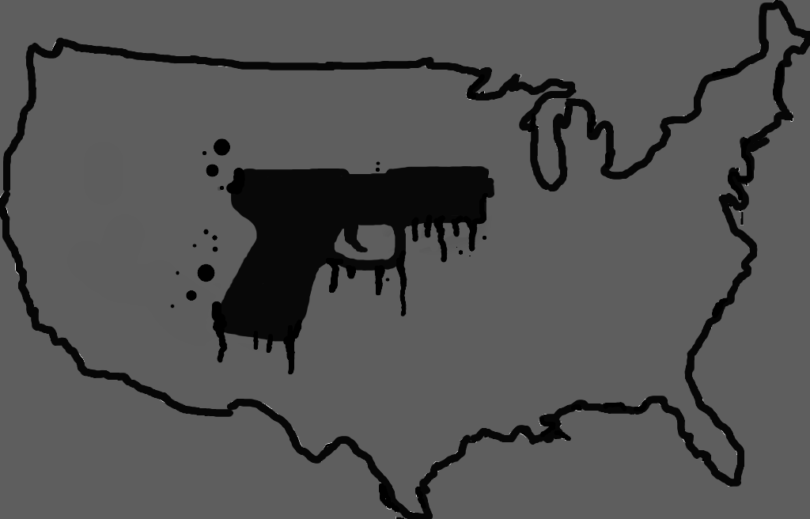 Przysietnica, POLAND – Five thousand, six hundred and seventy-six miles – that is the distance between Texas, U.S.A. and Poland.

People from two completely different worlds live in these places – with a different culture, language and customs – but people with the same right to life and a safe education.

Ever since I can remember, America has been identified as a symbol of freedom, democracy and equality, the country that was the first to enact a constitution and is an economic powerhouse.

So what?  What is all this for, when in front of the eyes of all Americans and the whole world, 19 defenseless children and two unaware teachers were killed in their place of learning and work.

Uvalde is not the first testimony that the United States needs reform. Until the American government does something about it, it won’t be the last either, because according to the Giffords Law Center, more than 110 Americans are killed by gun violence every day.

In Poland, anyone who wants to legally own a gun must submit a mass of documents, provide a valid reason, pass theoretical and practical exams and pay a not-inconsiderable fee.

For some time, however, some Polish members of Parliament have been calling for a significant liberalization of these laws and permission for every adult citizen to purchase a weapon.

But more and more mass shootings in the U.S. – claiming thousands of lives annually – are confirmation of the unfoundedness of such a system.

According to research by Erin Grinshteyn and David Hemenway and published by the University of San Franciso, Americans are 25 times more likely to die by firearms than citizens of any other high-income country. Doesn’t this really give pause for thought to those who are responsible for establishing laws regarding gun ownership?

I don’t live in the United States, but like any normal student, I can’t imagine a situation where an armed 18-year-old would barge into my school, killing my peers and teachers.

Why should young people fear death in a place designed for learning, in a classroom supposed to guarantee their complete safety?

Numerous fatal shootings definitely tarnish the image of the United States as a pristine country where citizens can work, study, or relax without fear.

Magdalena Tokarczyk is a Junior Reporter with Youth Journalism International.

We need reforms, not posthumous honors

Magdalena Tokarczyk is a Junior Reporter with Youth Journalism International from Przysietnica, Poland.

Magdalena Tokarczyk is a Junior Reporter with Youth Journalism International from Przysietnica, Poland.