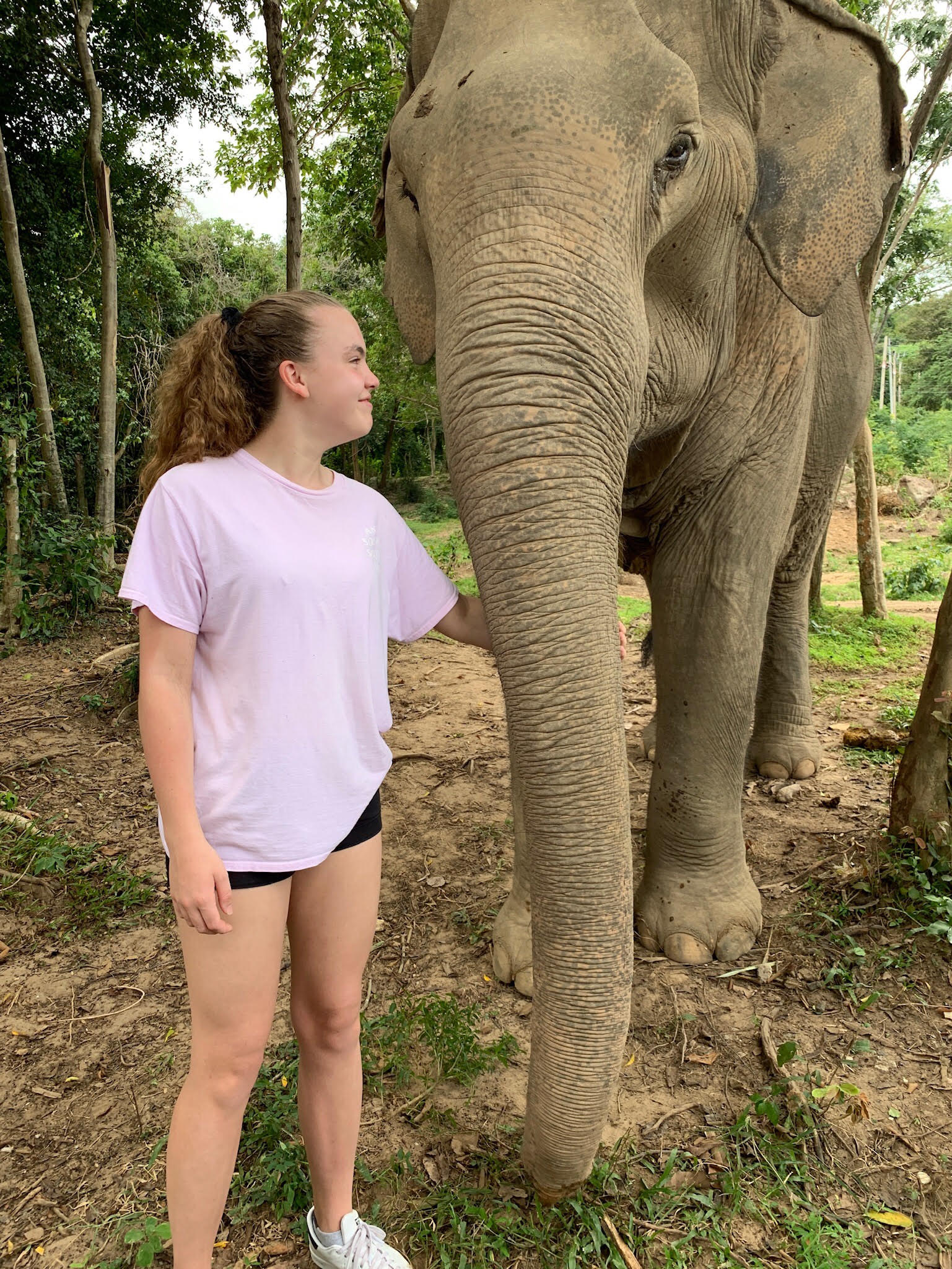 The author Lili Connell with Sri Nin, an elephant at the sanctuary in Thailand.

Surat Thani, THAILAND –  In the wild, elephants don’t balance on stools, perform headstands or play football. They live together, in family herds.

But in the elephant riding tourism industry, baby elephants’ lives begin by being ripped away from their mothers. They live out their next 3-9 days of life in a cage where standing is scarcely achievable. In this time, they are starved, sleep-deprived and beaten with bullhooks until they subdue to their abusers. 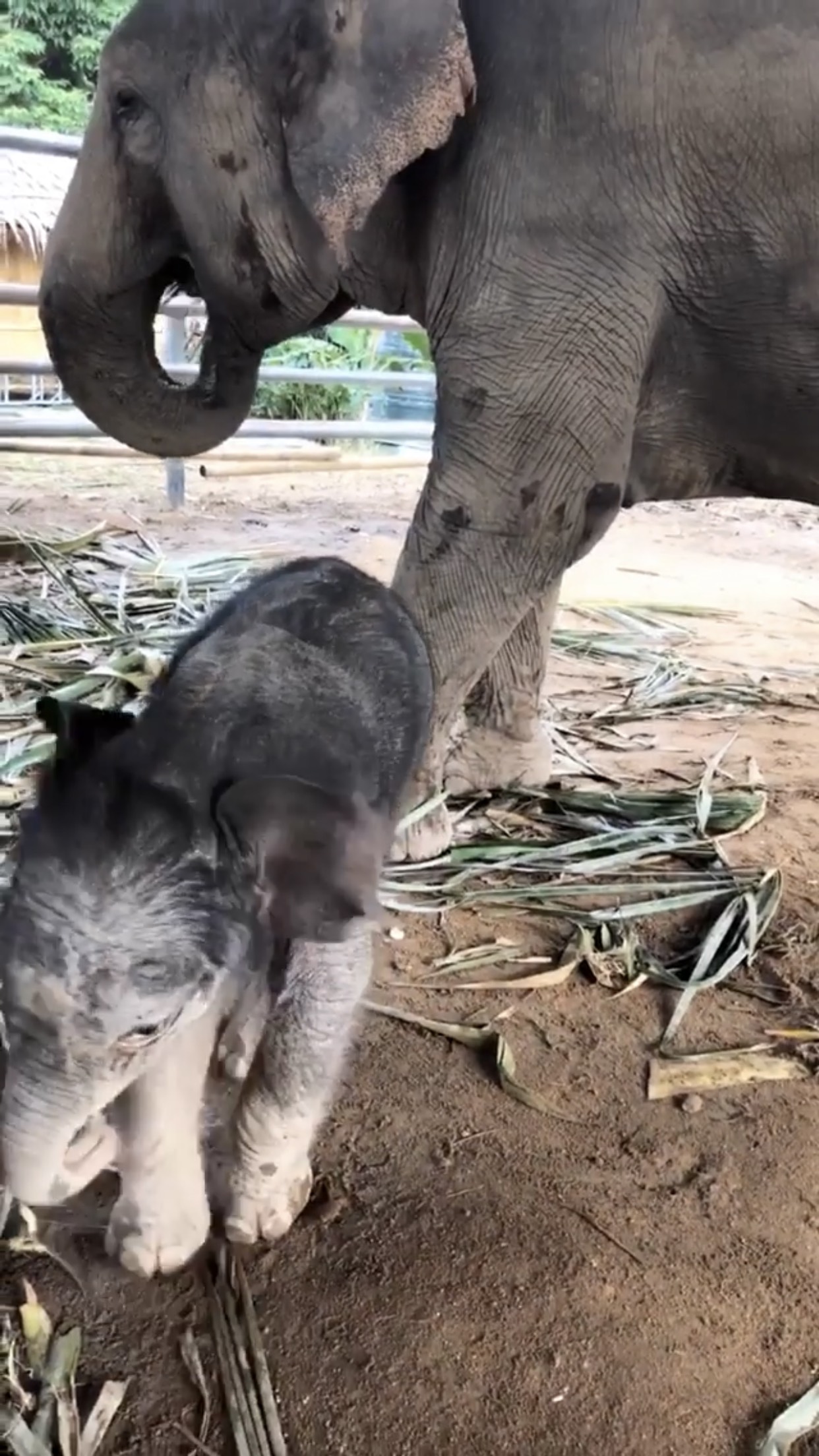 At the sanctuary, this 4-day-old elephant calf lives with the family. (Lili Connell/YJI)

This is a systematic method of breaking down an elephant’s free will, often named the “elephant crushing” process. Once they have experienced this torture, they are deemed safe to be around tourists, which isn’t any improvement in their living standard.

Tough ropes and 150 kg chairs for riders cause permanent physical damage to an elephant’s back, neck and legs while the animal provides amusement for tourists.

Not only are the elephants in pain while giving rides, but they also suffer extreme exhaustion, dehydration and stress. If the elephants fail to comply they are repeatedly beaten with the bullhooks.

I learned these horrifying facts at the “Samui Elephant Haven,” one of a few ethical sanctuaries for rescued elephants in Thailand. Having opened in August 2018, they now house 15 rescued elephants.

A majority of the elephants at Samui Elephant Haven roam free and tame as a herd. There are two protective elephants with their infants awaiting reintegration and two aggressive, traumatized male elephants that are kept secluded but still cared for and housed in large enclosures.

The purpose of the sanctuary is to both save the elephants and to provide tourists with an ethical educational experience.

The first things I learned upon arrival were the essential rules we had to follow in order to treat the elephants respectfully.

At this facility, it was clear the elephants’ experience was rightly prioritized over the customers. Considering this, I was still pleasantly surprised at the amount we were able to interact with the gentler herd elephants. We fed them, cooled them with a hose and observed them interact with each other as they would in the wild while their caretakers educated us.

Whilst I interacted with the elephants, I found it impossible to comprehend how anybody could knowingly abuse these incredible animals. Their skin felt like rough leather, battered with trauma unnatural for them to possess.

To watch them interact with each other so freely and happily felt like a paradox to the stories we heard about their past. 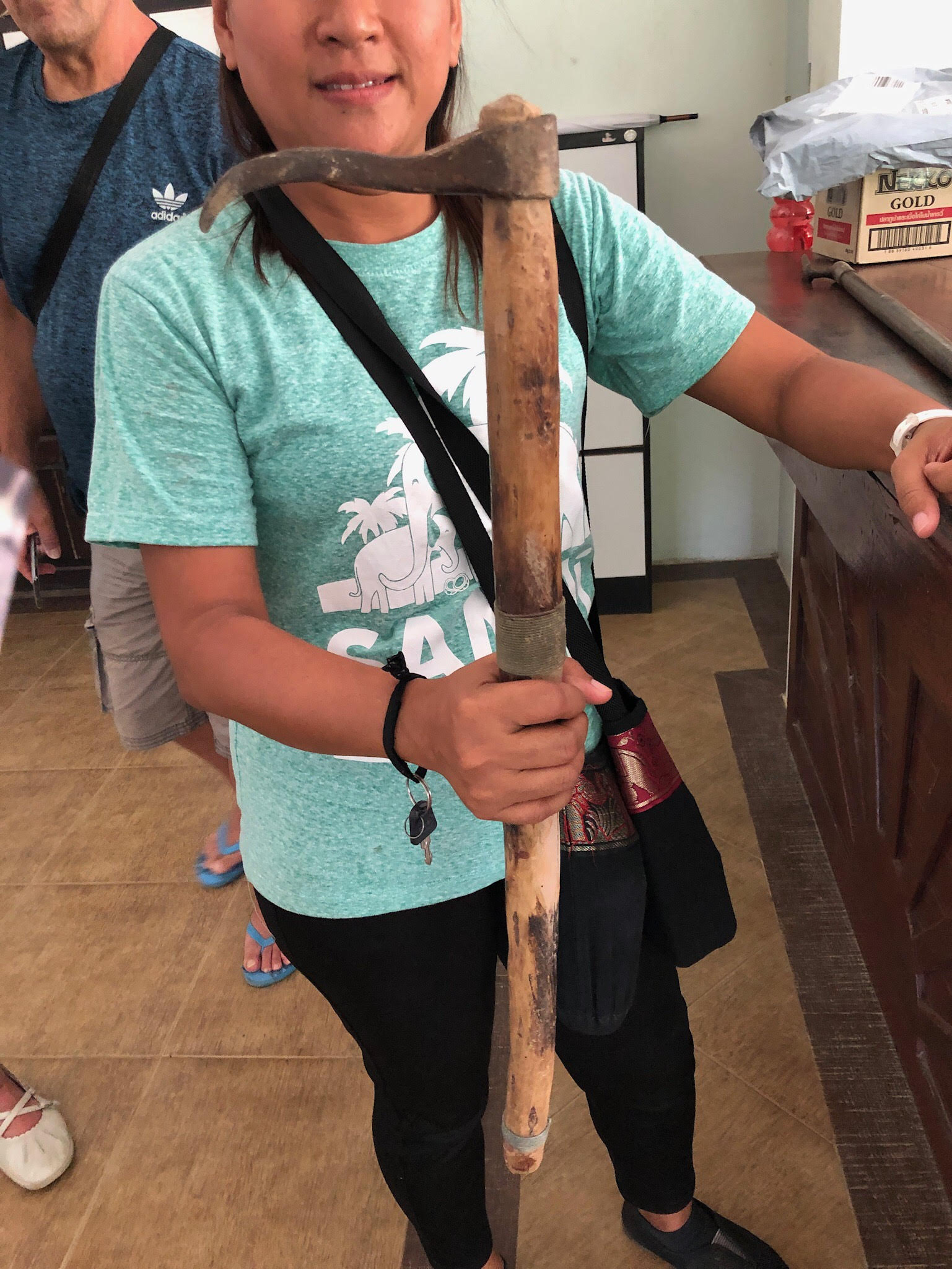 A woman holds a bullhook, which elephant keepers used to control the animals by inflicting pain. The sanctuary keeps one for educational purposes. (Lili Connell/YJI)

My favorite thing about them was how individual they were. Each elephant had their own personality, characteristics and physical traits.

The elephants differ in age, trauma and physical ability, but all their stories and recoveries are remarkable.

Moloair is a 10-year-old female elephant who was born in Western Thailand. From a young age, she was cruelly trained to perform in an elephant circus. During this time, her mahout (handler) stabbed her trunk several times. Consequently, she now does not like her trunk to be touched and has visible scarring.

When Moloair arrived at the Samui Elephant Haven, she cried for three months until she settled into a herd. She now spends her days happily playing with the other young elephants.

My favorite elephant, Sri Nin, has an inspiring story. Sri Nin is a female born in Southern Thailand around 1967. For the first 22 years of her life, she worked in the logging industry until the government banned the practice in 1989. She was then moved into the riding industry and brought to Koh Samui in 1999 to continue trekking.

During this work, Sri Nin was left blind in her left eye after it was slingshotted by her mahout for failure to obey. She is now quite a nervous elephant but incredibly gentle. Within her present herd, she plays the role of nanny for two of the younger elephants.

In the sanctuary she now lives a contrastingly comfortable life where her needs are met. For example, while she is being fed she is approached from the right side as she can only see out of that eye.

Sri Nin is happy now she is cared for so well, but her labor took a significant physical toll. Although she is around 50 years old, she has the physical age of a 65-year-old elephant. 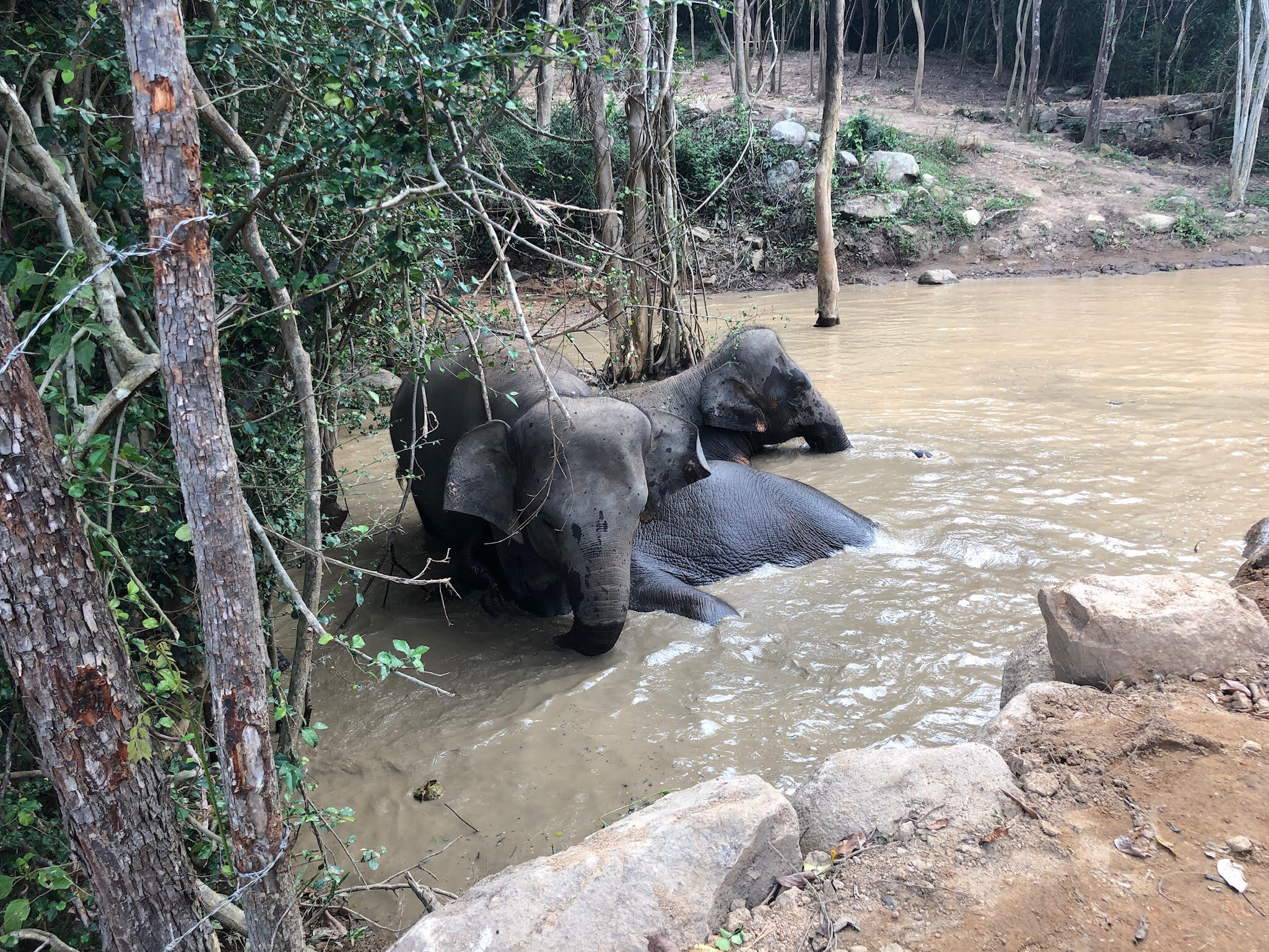 Elephants at the sanctuary play in the water. (Lili Connell/YJI) 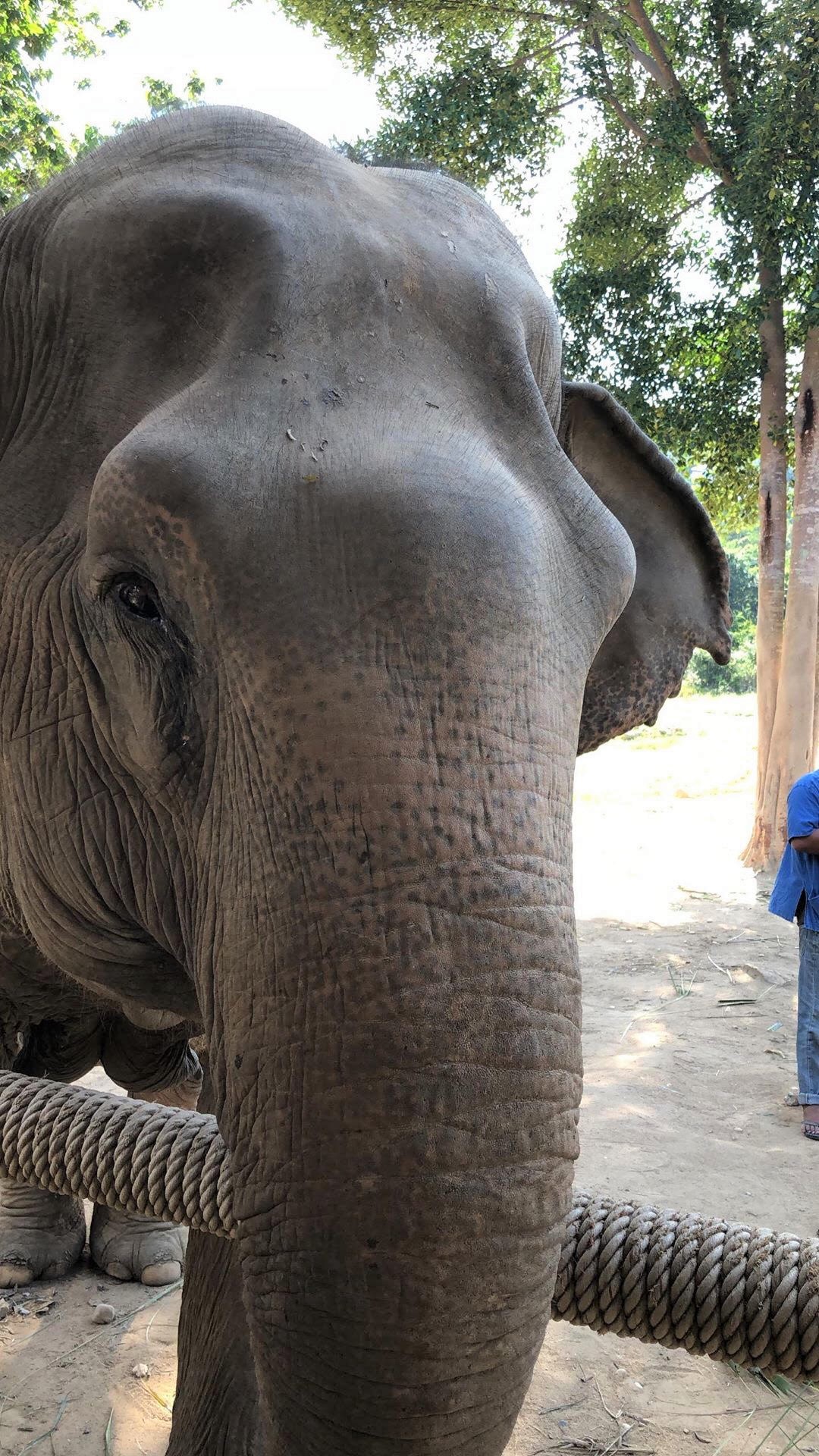 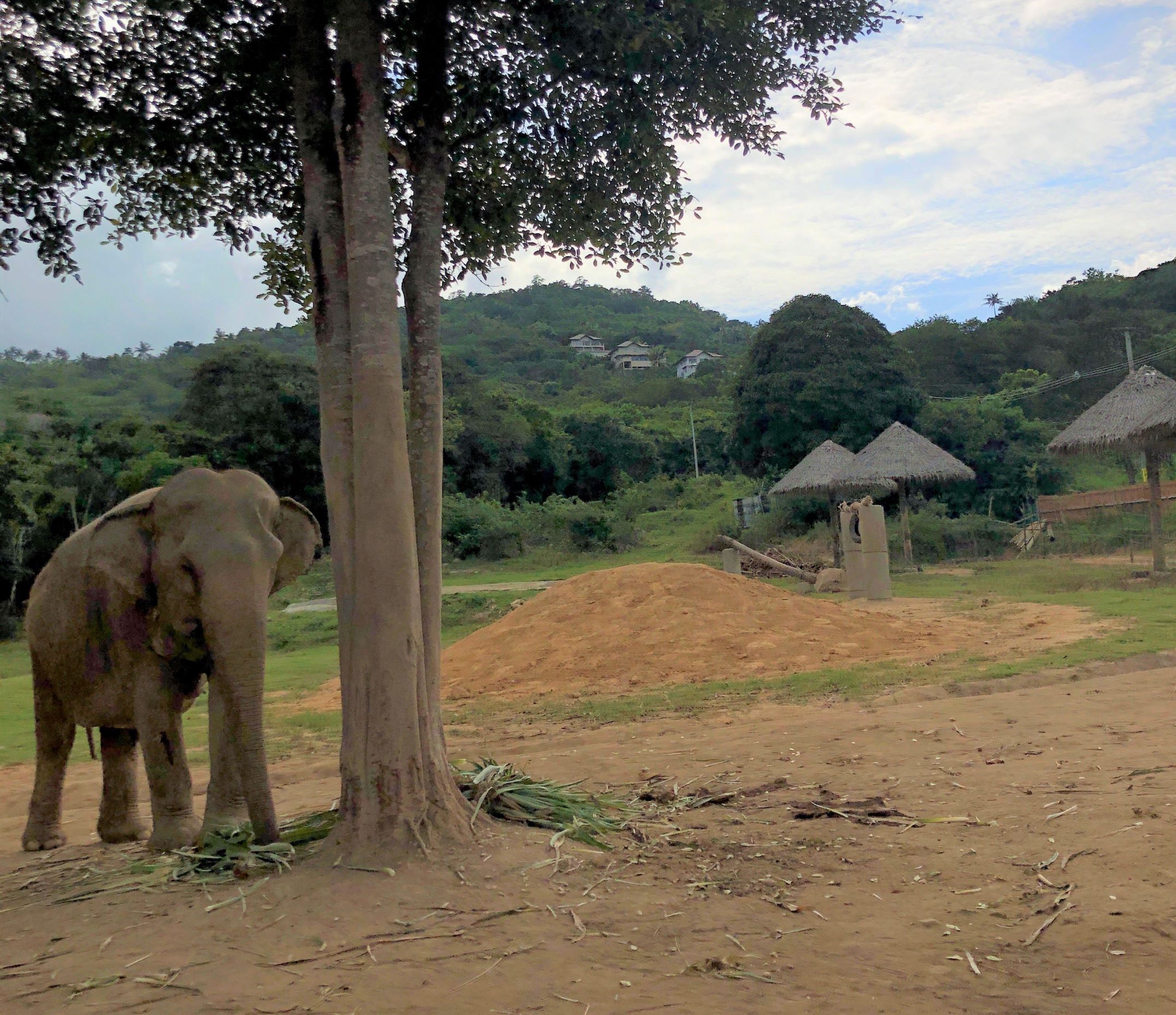 An elephant at the Samui Elephant Sanctuary. (Lili Connell/YJI)

Samui Elephant Haven runs entirely on the money customers and donations bring in and the elephants are not cheap. They eat as much as 10 percent of their body weight and drink between 50 and 100 gallons of water per day.

So what can you do? Visit or donate to the Samui Elephant Haven, spread awareness about elephant abuse. Make sure that if you are travelling around South-East Asia you do not contribute to the elephant riding industry.

Industries require customers and reputation, so help me stop elephant suffering by not buying a ride. These elephants, suffering now at human hands, deserve to live with freedom, love and dignity. 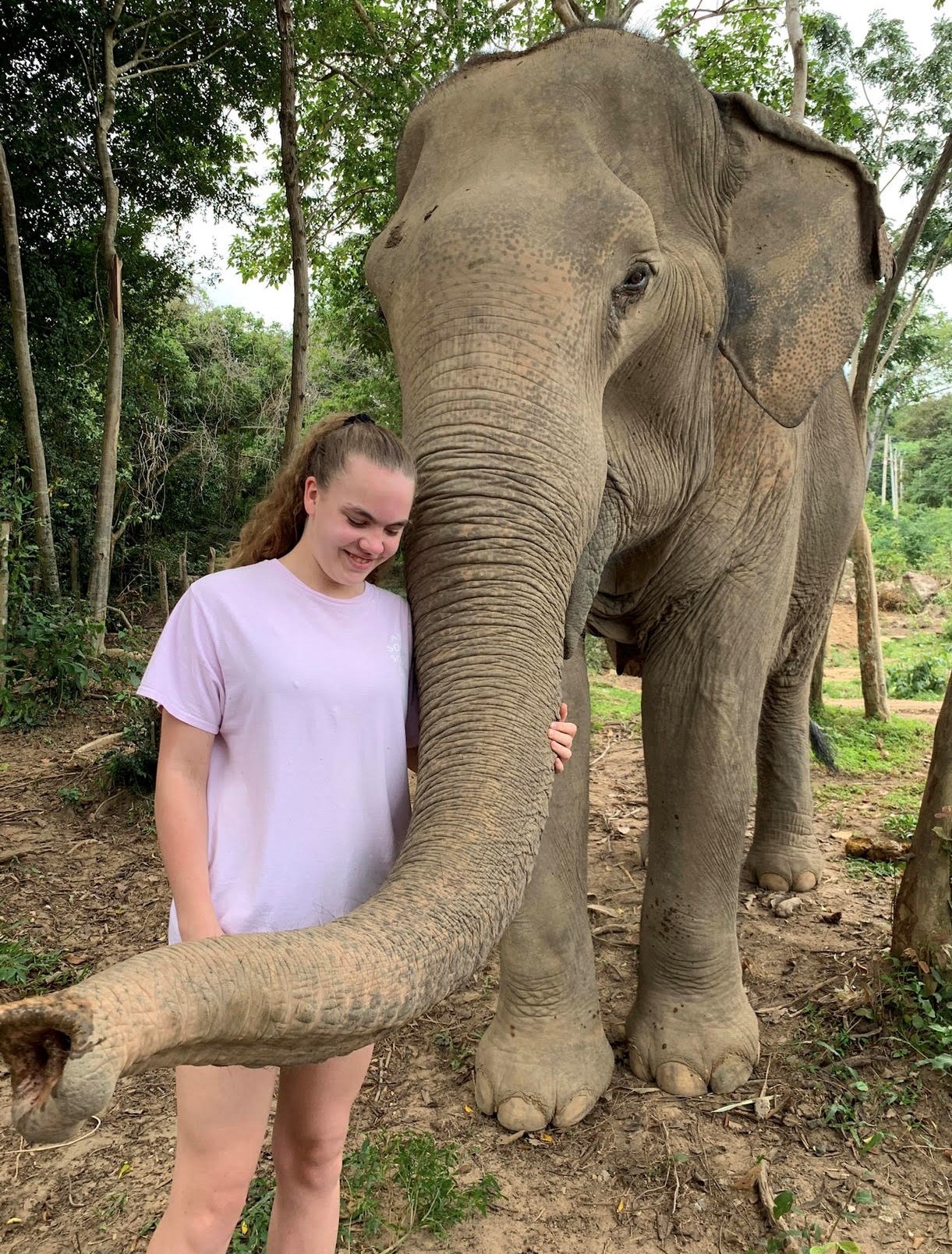 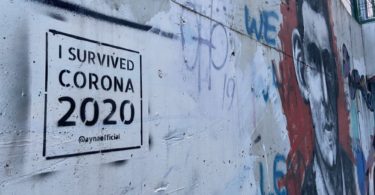 Spending their lives in repetitive confinement because of the coronavirus pandemic, young people... 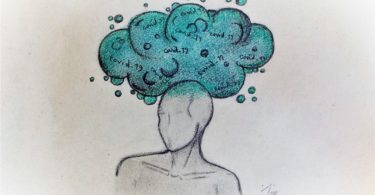 A mental health crisis could be imminent because of the impact of lockdowns and other stressful...

Lili Connell is a Junior Reporter with Youth Journalism International from Hong Kong.