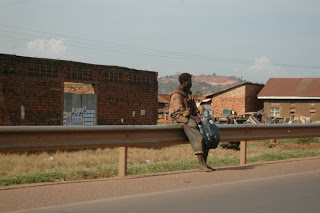 KAMPALA, Uganda – A walk-to-work demonstration by opposition leaders concerned about rising food and energy costs led to their arrest for allegedly inciting violence.
Kizza Besigye, Nobert Mao and other critics of the government were charged Monday.
They vowed to try to walk the streets of the capital again Thursday.
The inspector general of police, Karre Kaihura, called the demonstration illegal and unlawful because the politicians failed to ask for permission to hold a walk-to-work demonstration.
But human rights organizations and others said the protests should be allowed.
During Monday’s protest, police fired tear gas to disperse opposition supporters.
The tear gas disrupted studies at one primary school in Kasangati. It also created chaos in some residential areas, causing some injuries that required medical attention.
Police are deployed heavily along the streets of Kampala, near the opposition party offices and in public gathering places.Government critics said they’ll keep walking every Monday and Thursday until a plan to reduce essential commodities and fuel prices is put into effect. 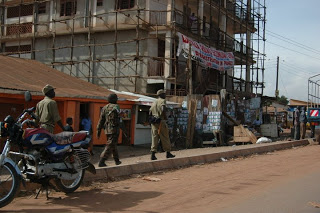