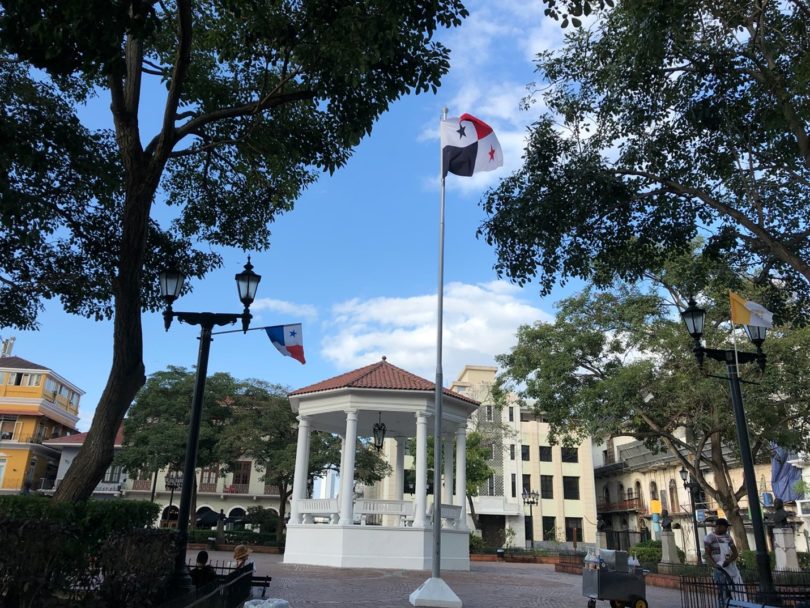 PANAMA CITY – Panama has been heavily influenced by the United States, which is why people here are so interested in the U.S. presidential election.

Our national history, starting with our separation from Colombia in 1903, is full of U.S. involvement.

Panama has always been an important country to the United States due to its geographical position that connects Central America with South America. The U.S. helped us gain our independence in order to begin the construction of the Panama Canal in 1904.

Panama also played an important role in the Gold Rush with the Panama Railway.

For many decades, the U.S. had control over the Panama Canal and the Panama Railroad Company, which greatly affected the Panamanian economy. It wasn’t until 1977, under President Jimmy Carter, that the U.S. signed a treaty that made the Canal neutral and under the administration of Panama.

Many Panamanians fear that history might repeat itself, and that the U.S. will take control of the country and the economy again, which is why we are always concerned during presidential elections.

Everybody in Panama has kept up to date with all the presidential debates and additional political information, and Panamanians constantly remind U.S. citizens to vote.

I believe that it is important to vote for someone who is concerned about the population’s well-being and promotes inclusion, instead of selfishness and spreading hate.

When the Canal was built, the U.S. put the infamous Panama Canal Zone in place, restricting Panama’s opportunities.

The U.S. was benefitting economically from Panama, which added to Panama’s struggle to become a new nation.

Panamanians were not allowed to enter the Canal Zone, and the Panamanian flag was hardly ever hoisted with the American flag.

Things continued like this until January 9, 1964, when some high school students from the ‘Instituto Nacional’ tried to hoist the Panamanian flag in the Panama Canal Zone, and were killed by Canal Zone police.

This fueled the Panamanians’ anger and desire for the Americans to leave.

In 1977, the Torrijos-Carter treaty was signed, which assured the neutrality of the Panama Canal. It also stated that in 1999, the Canal would finally be administrated by Panamanians, that the Panama Canal Zone would be abolished and that the U.S. could intervene to protect the Canal from any potential threat.

Hundreds of people were killed or missing, some of the city was destroyed, there was no food, and people were terrified of the Panamanian and American military forces.

Eventually, Panama was able to rebuild itself and kept working to improve the economy.

We don’t want to repeat the worst of our history.

Panama and many other countries in the world depend on your vote, so Americans, please vote if you haven’t already.

Valeria Vazquez is a Junior Reporter with Youth Journalism International.

“The World is Watching” is an ongoing series with commentary from YJI students outside the U.S. about the American election. Read more: