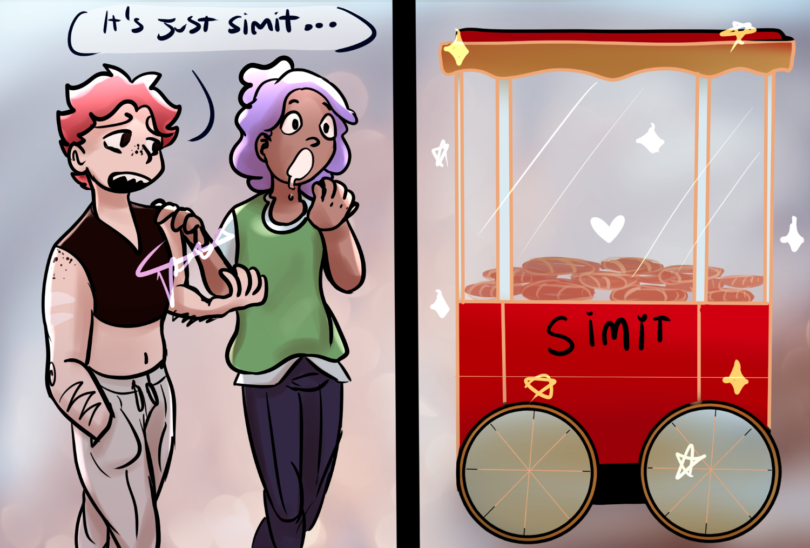 ISTANBUL – I live in Istanbul. I have done so my whole life. I haven’t been living under a rock, either.

I’ve been to plenty of local historical places and museums in my city.  I can proudly say that I had already seen everything there was to see, taking it from the usual day-to-day activities in Istanbul and to all those visits to the historical places.

I know my culture, history, and the norm. Never would I have ever thought of them as more than just ‘’good’’ or ‘’decent.”

During the Youth Journalism International Global Conference in Istanbul, we visited numerous historical and culturally important locations. I had been to all those places before.

We ate mixed breakfasts, we drank tea from our usual Turkish tea glasses, we bought Maraş ice cream. We went to mosques, museums, palaces, and more. Everyone in the group was fascinated, and nobody missed an opportunity to take pictures of these beautiful sights and local activities.

At first, I couldn’t understand why my fellow students, who were visiting from nine other countries, were so eager. I mean yeah, excitement over the historical places and museums made some sense, since these were locations that were unique to Istanbul.

But why be so energetic about day-to-day life? It isn’t that important, right? It’s nothing new.

To me, that is, it wasn’t new. But it was absolutely alien to them. The glasses for the tea, the national coffee, the ice cream, the transportation, the Turkish people, everything.

All of these things are mere day-to-day instances that are part of my life. They aren’t significant for me, but were for them.

I recall taking two American members of our group to a place where I didn’t know the area that well. So I just asked the old men or women around me who seemed to be a part of that place about the route.

As I had expected without a doubt, these older folks all helped us find the place we were looking for. When we had settled down, both of my foreign friends looked at me in horror. I didn’t get what was wrong.

Apparently, they were surprised that one can just approach a person that you don’t know at all and start talking to them with no problem. Not that I had chatted with people on the street that many times, but the fact that it was so strange to them felt absurd to me. It wasn’t that big of a deal. I just talked to strangers on the street and asked for help.

Another incident with a different fellow student was about animals. In Istanbul, there are stray cats and dogs everywhere. You can see them on the streets, next to restaurants asking for food, traveling around on the ferry, everywhere.

As we were walking, this person in the group asked, ‘’Why are so many animals out here like this? There are so many!’’

I looked at them, puzzled. I didn’t think there were ‘’that many’’ cats and dogs around here. It has always been this way in Istanbul.

It started to make sense to me after recalling the things I had done when I went on a trip to the USA several years ago. I had taken pictures and got all happy over going to a Walmart and a simple McDonalds’ drive-thru. Using my English every day excited me to the core.

That people on American streets ignore you and don’t care what you are doing was amazing to me. Everyone there just minded their own business. I was excited over such simple and insignificant things, because it was so alien to me.

I didn’t have those simple things in my life. It was new.

Trips, gatherings, and vacations can have many different meanings and experiences. It depends on how you view things in life, and which things you value. Things that you are used to in life may not be so simple for another who hasn’t had the taste of them.

My perspective about my day-to-day activities didn’t change, nor did my previous opinion on these important historical legacies.

I know my culture – it isn’t news for me. But it is completely alien to another and the culture that is familiar to them is completely strange to me.

The norm for me might be totally weird for another, and vice versa. I now know how being familiar with a culture affects your perspective in life, thanks to these people at the conference.

And maybe, so do they.

İpek Eser is a Junior Reporter with Youth Journalism International.